Posted on October 2, 2012 by burlyheights

A man believed to be the burglar seen on Burleson Heights home security cameras this summer has been arrested.

Last Friday, police arrested a Kyle resident who was identified from a video that was posted on YouTube and aired on KEYE News in July. 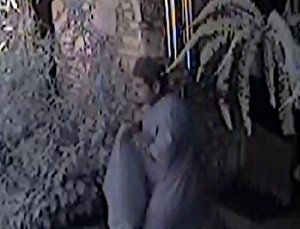 Police arrested a Kyle man identified from video of a home burglary over the summer. (Click image to enlarge.)

Our thanks go to the homeowners who chose to go public with their story. During National Night Out, Officer Ray Lopez told Burleson Heights residents that the man and his vehicle were ID’d by someone who saw the security video, and the suspect is believed to have been involved in other burglaries in Austin.

C. Forrest is a longtime resident of Burleson Heights.
View all posts by burlyheights →
This entry was posted in Police, Security. Bookmark the permalink.